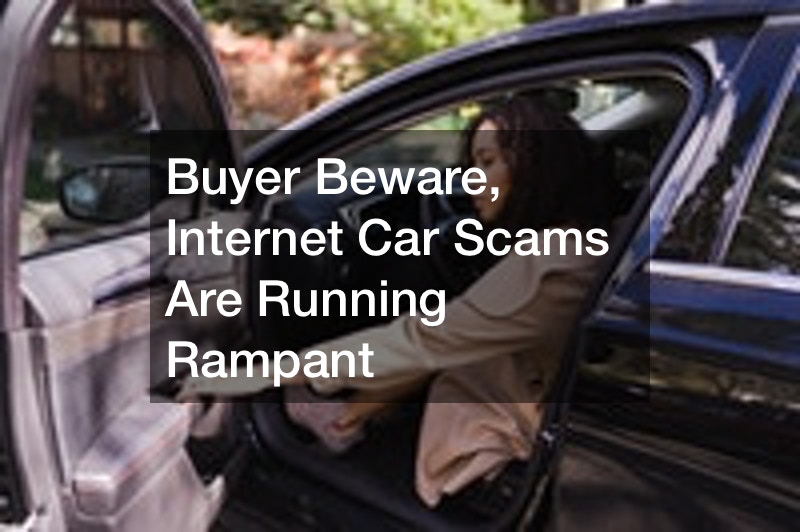 You can find many great deals on the internet. Unfortunately, you can also find a lot of scams as well. Scammers really seem to target people that are car shopping online. They know exactly what will reel a car shopper in.

Internet car scams are prevalent and can cause people to lose thousands of dollars in cash with no way to recoup the losses. Learning more about how some people try to take advantage of eager buyers can help you avoid being scammed.

Best Way to Avoid the Scams

The absolute best way to avoid becoming a victim of internet car scams is to shop only with trusted auto dealers. Any time you enter into a private agreement online with someone selling a car, you are taking a risk.

Private sales do not enjoy the same protections as when you work directly with a dealer. Of course, whether it sells used cars or new cars, an established dealership has a lot to lose by trying to scam someone. The internet gives people a level of anonymity that can really keep you from knowing who you are doing business with.

Scammers know that playing on your emotions and offering incredible deals are a good way to get you to part with your money. For example, you may run across an ad that advertises “ Salvage Viper for Sale” for a really low price. It goes on to say that there are minimal repairs needed, and the seller is just ready to move on from this great car, so they are willing to sell at a really low price or take the best offer.

Of course, the seller has a difficult time meeting up with you for a million different reasons but will hold the car for you so you can take advantage of this great deal if you can send a hefty deposit by Western Union or Moneygram or some other wire service. You send the money in good faith, and your money becomes someone’s offshore assets that are untraceable. You lose the money, and the seller is never heard from again.

Sounds crazy, right? It happens a lot more than you would think. According to reports, the FBI has received more than 29,000 complaints about internet car scams, totaling over $54 million in losses. Internet car scams are prevalent and happen all the time.

Signs You Are Being Scammed

There are some signs that you may want to think twice about making that deal. If the deal seems too good to be true, then it likely is. For example, if you find a late model car with low mileage that normally will sell for around $10,000, but it is being advertised for $5000 with a small mention of maybe it needs some new automotive hose clamps, and that is why they are selling it so low, it is likely a scam. No one takes a $5000 loss for $10 in hose clamps.

Other telltale signs include:

Sometimes these thieves get really creative and mention things like business acquisitions they have been involved in with recognizable big-name companies to make themselves sound more trustworthy.

The fact is, anyone who is honestly selling a car, even if they are in a hurry, will have time to get notary services done (which need to be done in person) to transfer the car. The whole idea behind selling a car is to make money. No one wants to give away a car for a lot less than it is worth, unless they are somehow scamming you.

If you are ever in the middle of a deal and the seller tells you they prefer to take payment in “visa gift cards” or other types of gift cards, you are being scammed. Pull out of the deal. Who wants gift cards for the value of their car? No one. Would you take gift cards for your vehicle? Of course not. Scammers can be persuasive. They will give you stories about how they want to avoid taxes. They will tell you if you buy the gift cards, instead of handing them the cash, they can slash the cost. Don’t buy it. Don’t buy the story, and don’t buy the car.

It is easy to be taken in by the scam because they can be really complex at times. The scammer may provide you with a toll-free phone number. They may pose as a business representative and may even have a shell website and what seem to be legitimate email contacts. The fact is there is no limit to what scammers will do to get a hold of your money.

Most people are aware that the internet is a dangerous place if you are not careful. We have that little voice that says “this is too good to be true,” but the desire to get our hands on that car at such a great deal quiets the voice.

Here are few rules of thumb when it comes to car buying:

Internet car scams can get really creative. They can offer you the world. A gentleman in Michigan recently filed a complaint with the FBI. He thought he was buying a new trailer from a trusted trailer dealership in Michigan. When he went to pick up his new trailer, no one at the dealership knew what he was talking about. He wired money to “John,” who told him that he was currently out of town on business, but he had to act right now to hold the trailer if he wanted the best deal. He did. No one named John worked at the dealership, there was no deal, and unfortunately, this man never got his trailer. He lost $4000. A dealership will never ask you to wire money anywhere. He remarked that he thought something was fishy, but he really wanted that trailer at such a great price.

Most car buyers will spend about 59% of the buying process researching online. There are internet car scams that actually deliver a car. We have mostly focused on discussing the scammers that take your money and run, but there are other reasons to pay attention online when car shopping.

People pull some really shady stuff when they are trying to sell a used car. One of the oldest tricks in the book is messing with the odometer to change the miles on the vehicle. It is completely illegal and fraudulent but hard to detect, and you could get stuck with a lemon if you fall for it.

With average driving, a car piles up about 10,000-20,000 miles per year. Most cars have a life expectancy of about 100,000 miles. Lower mileage cars bring higher dollar value. You can see why someone would mess with the odometer to convince people that they were selling a higher value car.

How can you avoid this? Do the math. If a car is a certain age, and the miles seem too low, it can be an indicator that something is wrong. Make sure you really inspect the car. Unfortunately, digital odometers are actually easier to change than the old analog ones. It can be hard to tell if the odometer has been changed. The only way you can really avoid this scam is to only buy from a trusted dealer.

Title washing is another problem. Let’s say a car has been “totaled” after a car accident. The insurance company pays out the owner, then gives the owner the option of keeping the car for a certain price. A “salvage” title is then issued for the car. Let’s say this same owner does a little metal fabrication and some cosmetic work to the car and decides to sell it.

This seller may go to great lengths to avoid disclosing that the accident was so bad that personal injury lawyers were involved and the car was wrecked. They may go out of state to re-register the car, hoping that the salvage title will pass through the system without question.

You overpay for a car that will likely give you plenty of headaches down the road. Once a car is totaled, it is never the same. If you try to sell the car, you may come up with a boatload of problems.

Buying a clunker is another example of internet car scams. When a car is experiencing engine problems adding diesel fuel or diesel oil can quiet the problem and mask it for about fifty miles. Then, of course, the engine will lock up.

All of these scammers have found a brand new eager audience through internet car scams. The worst part, if you take delivery of a car from a scammer during a private sale, and that car literally blows up the next day, you are just out of luck. When you buy a vehicle in a private deal, you are buying “as is, where is,” which means there is no protection for you. For example, let’s say a savvy scammer does the diesel oil in the engine trick to dump their lemon on you, and you decide to fight back. You can have a residue analysis done, and hire an attorney, and spend money going back and forth to court. You may win, you may not, but you will be out of a lot of money.

Buy From a Trusted Dealership

Internet car scams come in a range of different forms. Sometimes you walk away with a bad car and lose money. Sometimes you do not even get a car and just lose money. Avoiding these scams can be a challenge because they are simply everywhere.

The point is, while the internet car scams that beat you out of your money are awful, so are the scams where you buy a car and wind up with a lemon. In both cases, the moral of the story is only do business with trusted dealers when you want to buy a car.

Be a savvy consumer and be careful who you are doing business with on the internet. If it seems too good to be true, it probably is. Shop at dealerships to stay safe.